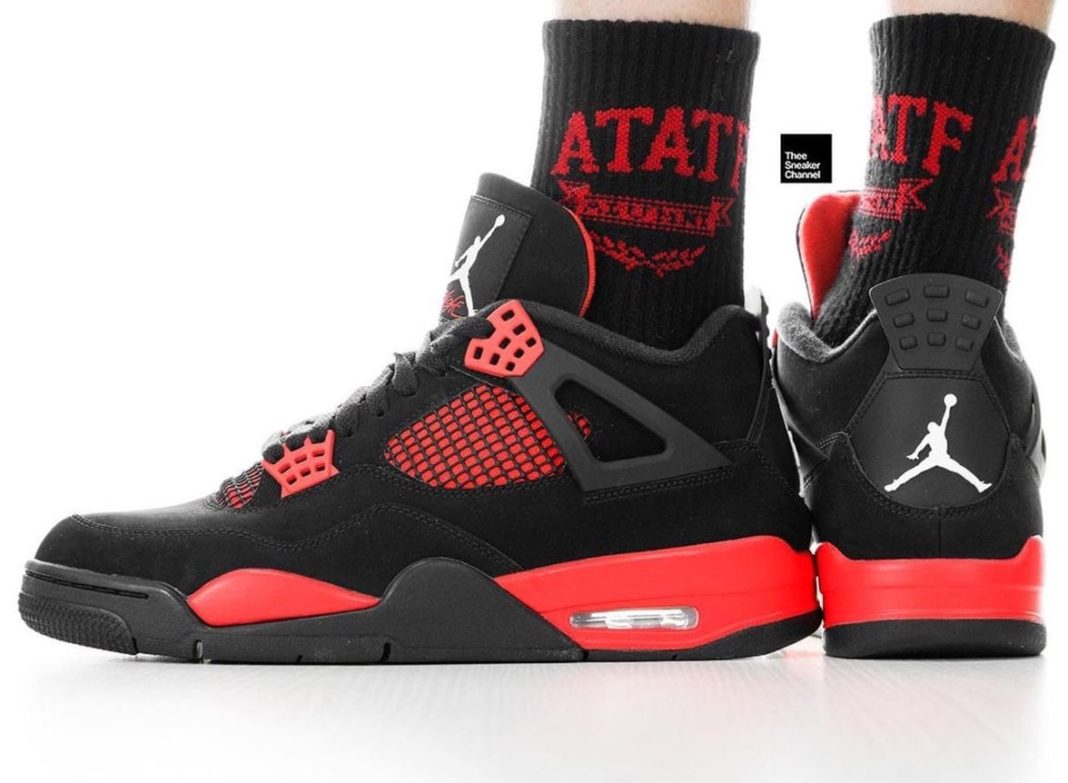 Jordan Brand is preparing a vast array of retro sneakers to drop in the latter half of the year, and the latest to come to light is the Air Jordan 4 “Red Thunder”. The kicks first appeared towards the end of June 2021, and now they’ve been revealed by way of on-foot imagery.
The presentation of these kicks are somewhat similar to the silhouette’s classic “Bred” iteration given its usage of Chicago Bulls colors, but it sports minor tweaks in its appearance that allow it to stand on its own. Its nominal hue plays a supporting role and shows up beneath the netting on the mid-foot and lower throat, as well as the interior sides of the tongues and the eyelets. Up top, a stark black hue is most prominent and cascades over the nubuck base, tongues, cages and heel counters, and comes contrasted by small notes of white that drench the Jumpman logos on the tongues and rear. Midsoles color-block between more red and black and feature an exposed translucent Air unit in the heels.

-RETURN-
30-day to exchange or return