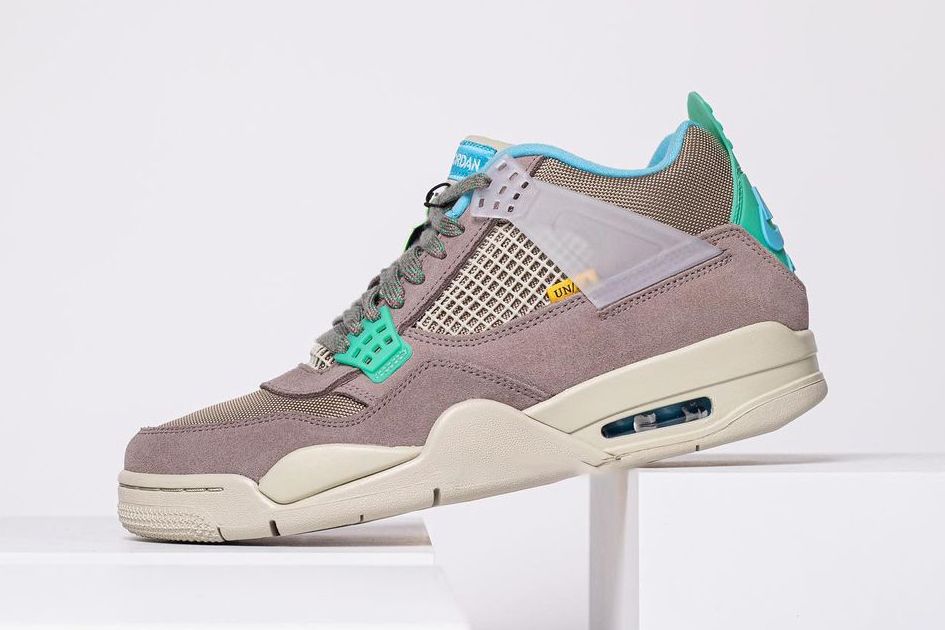 In early March, the Chris Gibbs-led Union Los Angeles confirmed that it’d follow up 2020’s divisive Air Jordan 4 duo with more collaborations with NIKE, Inc. Although a take on the Air Jordan 6 might make the most sense given that it and the boutique are celebrating their 30th anniversary, unofficial images of a third AJ4 have recently surfaced. 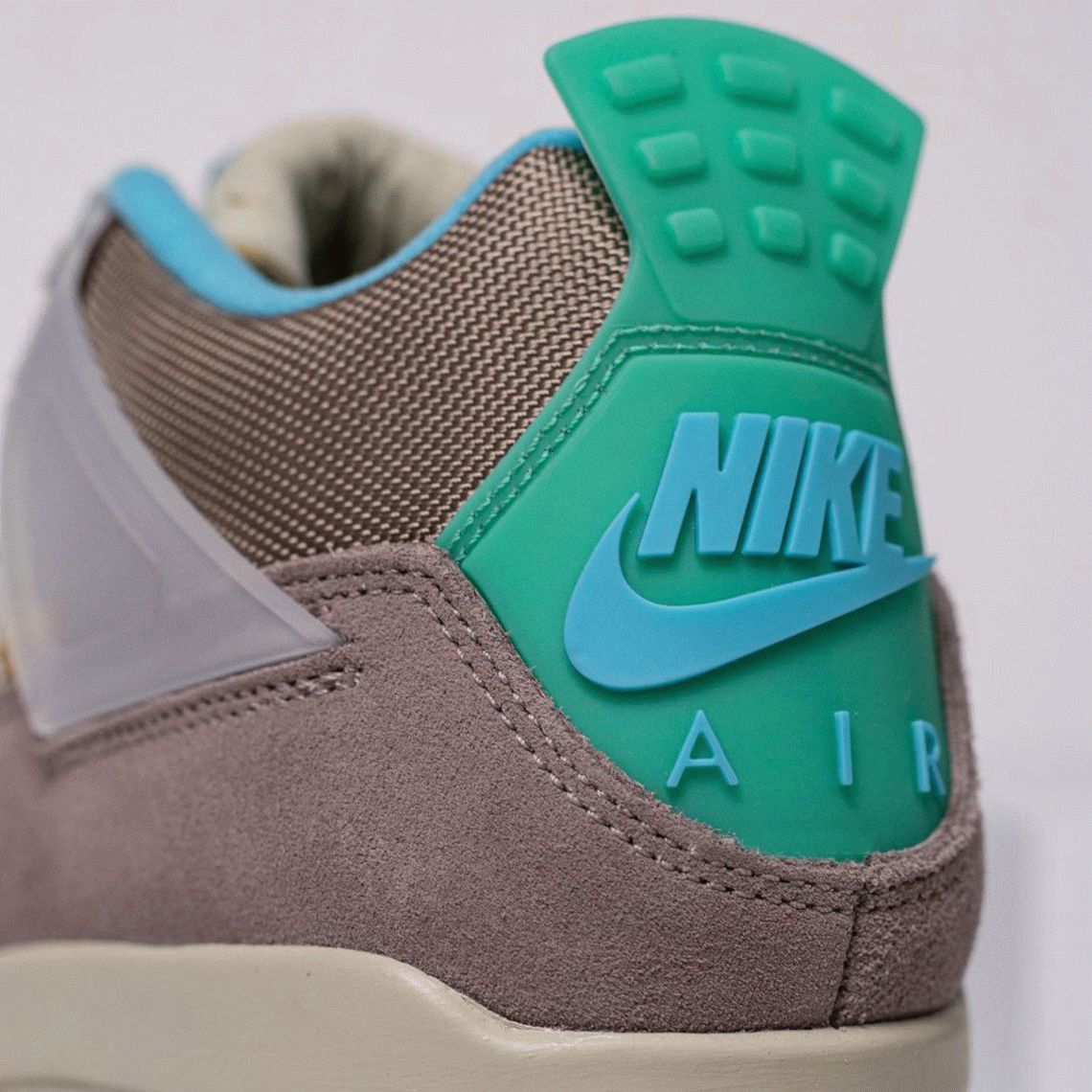 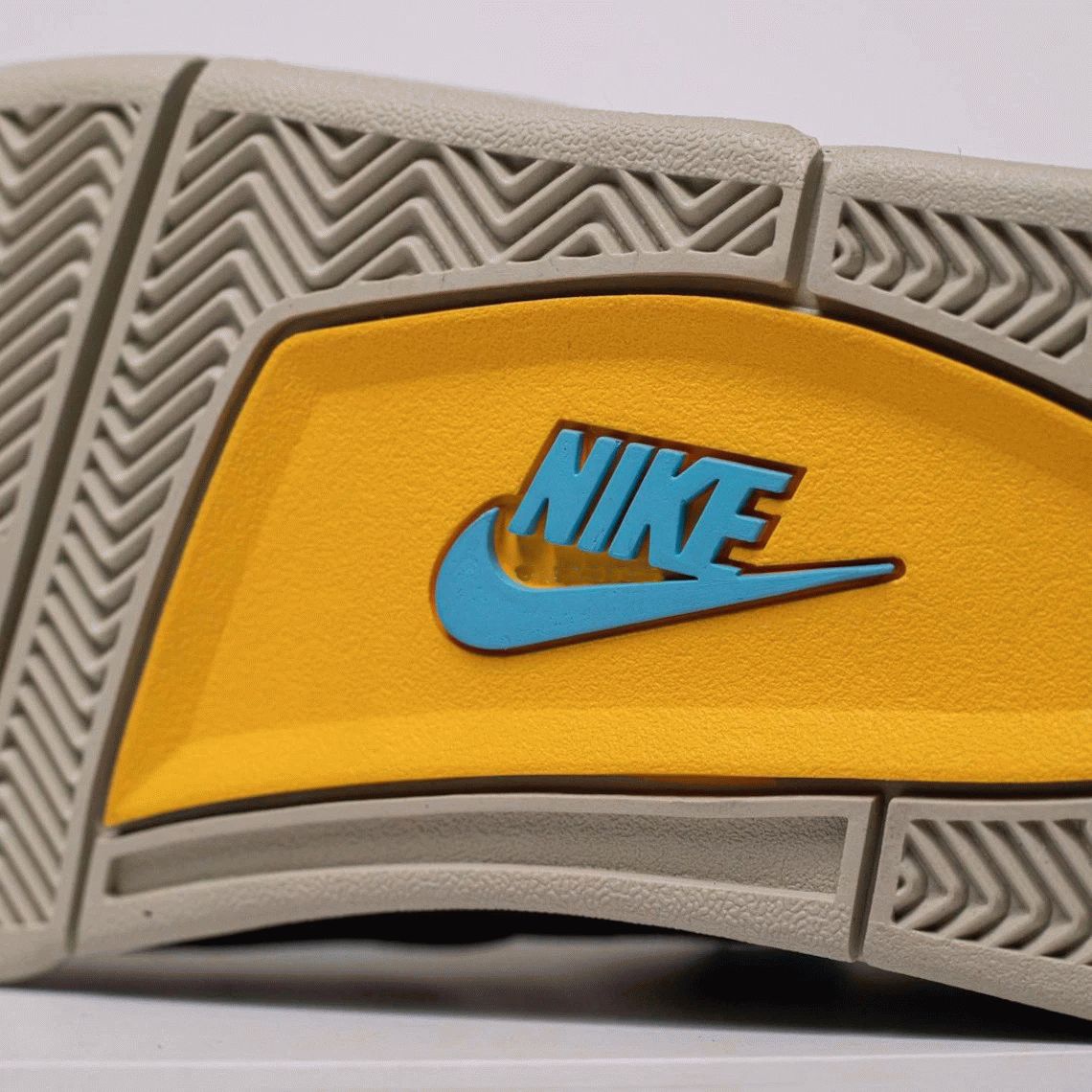 Accompanied by a hangtag denoting the once-New York City institution’s 30 years in business (and depicting Sidney Poitier as Walter Lee Younger in “A Raisin in the Sun”), the newly-teased pair indulges in shades of taupe, green and blue. Akin to its predecessors, the potential release boasts its most vibrant tones around the collar and at the heel, with more muted hues divvying up the bulk of the upper. Golden “UN/LA”-branded tabs reappear on the lateral mesh window, while molded ankle flaps maintain a semi-translucent finish. Underfoot, khaki-colored midsoles are complemented by rich blue Air Max units; detailing throughout the outsole also opts into the vivid blue color, but simultaneously brings yellow and green flair from up-top underneath. 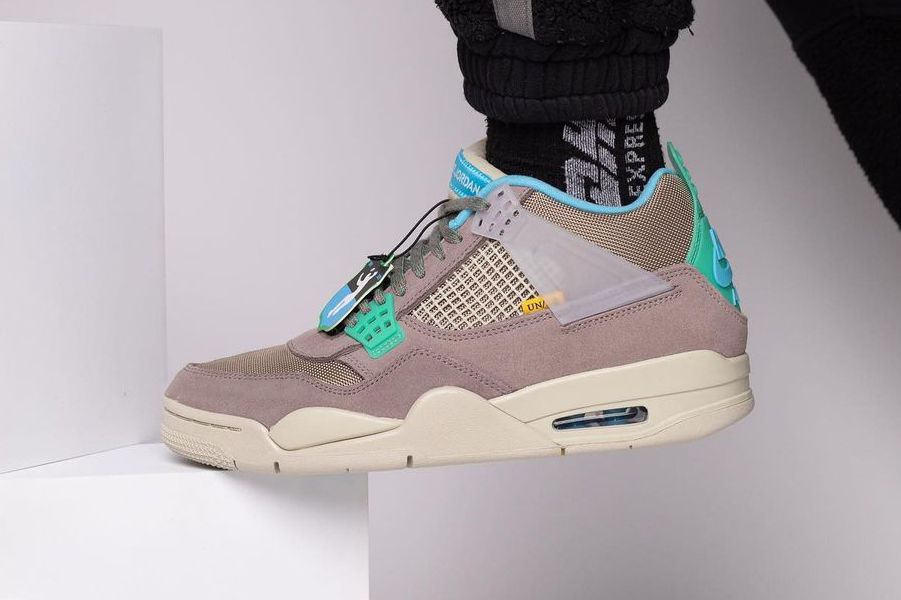 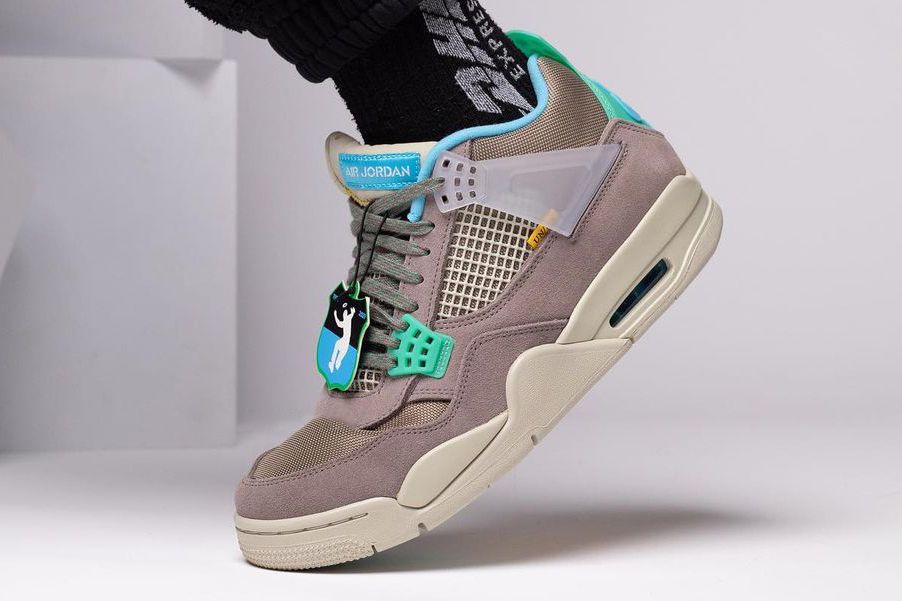 Union LA is celebrating its 30th anniversary with a wide swath of collaborative product, and one of the Chris Gibbs-helmed outfit’s biggest co-created efforts has come to light: a new Air Jordan 4. Following up a 2020 capsule with Jordan Brand — which consisted of two Air Jordan 4s, a Zoom 92 and a Delta Mid plus apparel — this new sneaker was originally teased by Union LA back in March, but we now have a full first look.
Uppers are covered in sandy brown shades while midsoles take on a sail tone. The hybrid material build mixes thick, plush suedes and durable textiles, the former a nod to Birkenstock sandals while the latter acknowledges ’80s basketball kicks. Pops of vibrance are provided by bright green and sky blue detailing on the bottom eyelets, collar, tongue tag and Nike Air-equipped heel tab.
Much like past Union LA x Air Jordan 4 collaborations this pair features a folded-down tongue for a nod to how Chris Gibbs liked to wear his AJ4s as a youth. This tongue can be unfurled with a little help from a seam ripper if the wearer so chooses, enabling a more classic look. The signature midfoot “wings” are made of translucent plastic and sit above sail mesh netting, while small yellow Union LA tags are pinned onto the lateral quarter.
Normally the Air Jordan 4 would arrive with a Nike Air hangtag, but here it’s equipped with a special 30th anniversary Union iteration that mimics the shoe’s green and blue accents. Blue Air units in the heel and dashes of blue and yellow detailing on the outsole round off the look.