UNDEFEATED and Nike ‘s latest “Dunk vs AF-1” initiative first kicked off with the releases of its Air Force 1 “Ballistic” and Dunk Low “On Your Feet Kid” in mid-June 2021. However, as several leakers have confirmed, there’s more products to come between these two imprints in the coming months, one being this blue and purple Dunk Low “Dunk vs AF-1” that has just been officially unveiled by the Swoosh.
The impending offering is a love letter to the past as its combination of colors and reptilian textures are a nod to the LA streetwear company’s Nike Air Force 1 Low InsideOut collaboration from 2006. A royal blue tone makes the strongest presence on these collaborative kicks as it stands out atop the leather toe boxes and tongues, nubuck heel overlays, collars and interior lining. It also appears on the forefoot overlays but it’s mixed in with black snakeskin scales. Subtle notes of white also pop up on the uppers through the suede Swooshes, five strike branding on the tongues and lower lateral heels and the Nike lettering that’s embroidered into the rear. Quarter panels provide some darker contrasting and come filled in with a regal purple. Midsoles are pre-yellowed to channel a vintage-y effect and come connected to purple treading. 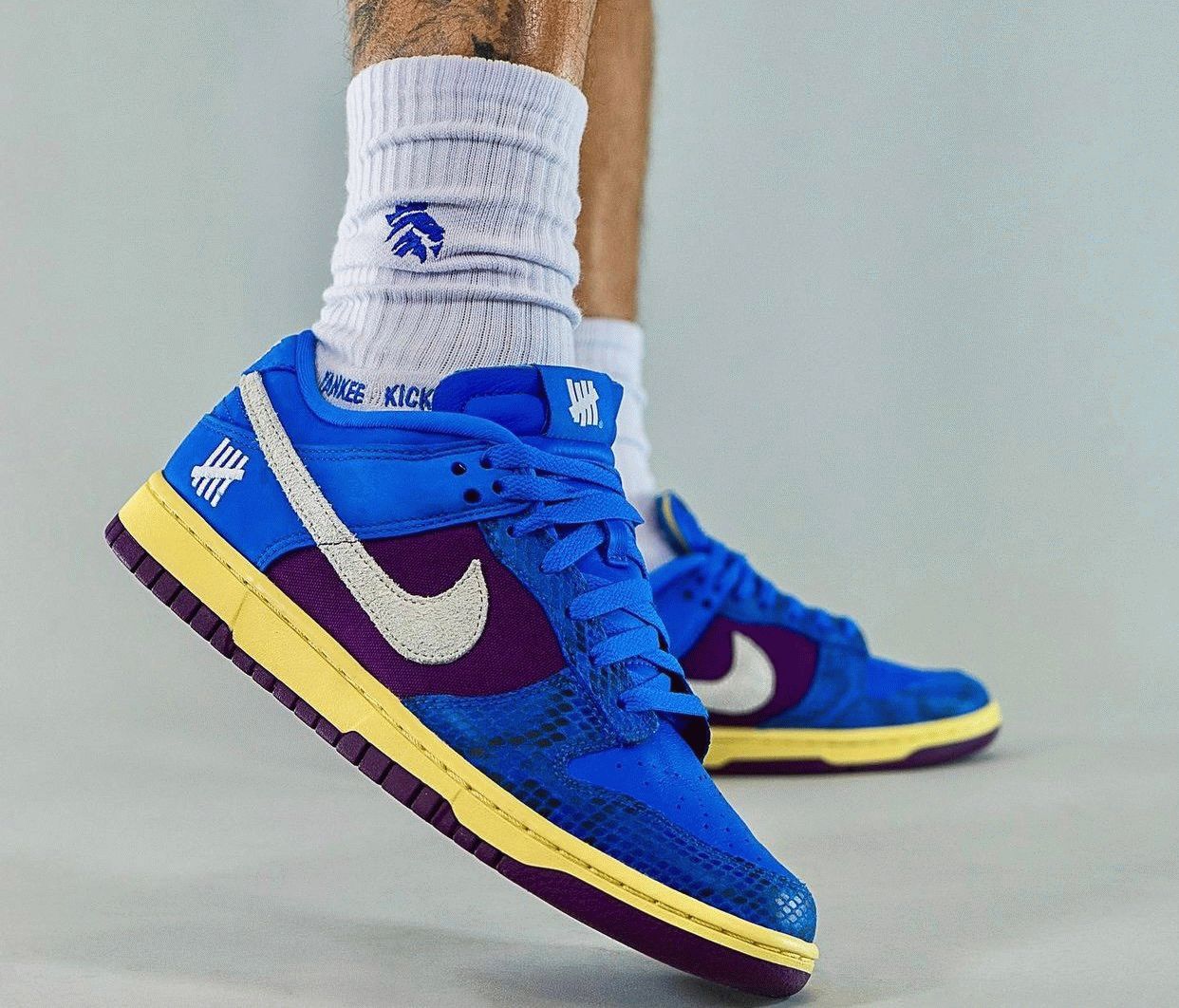 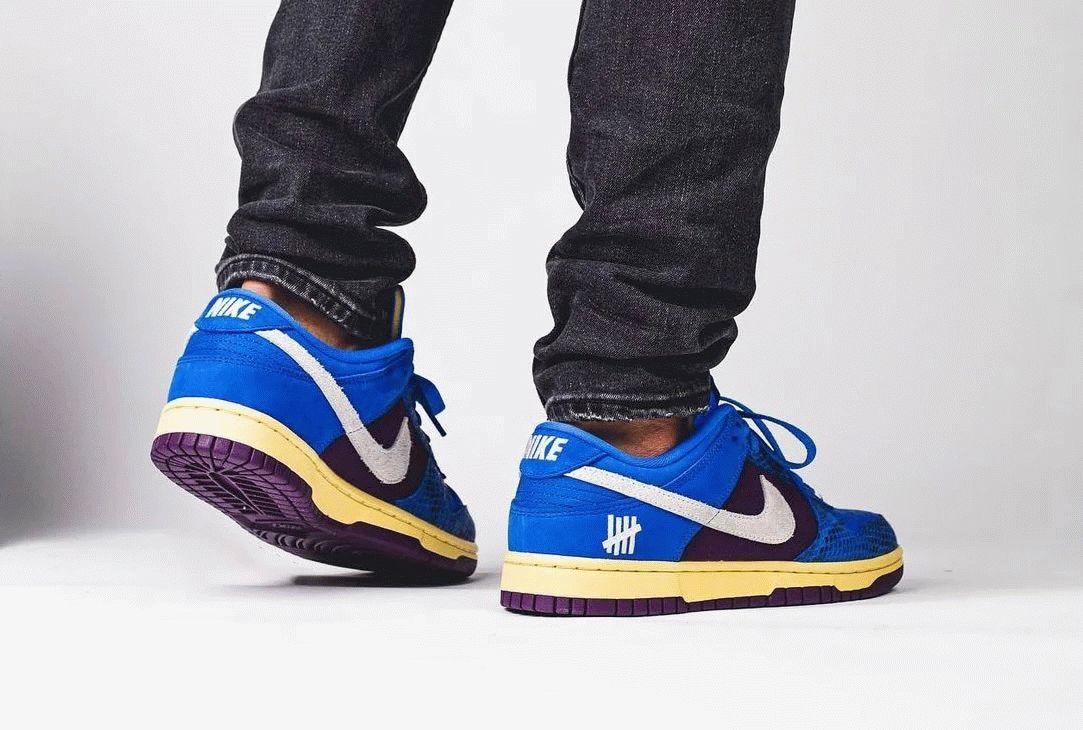 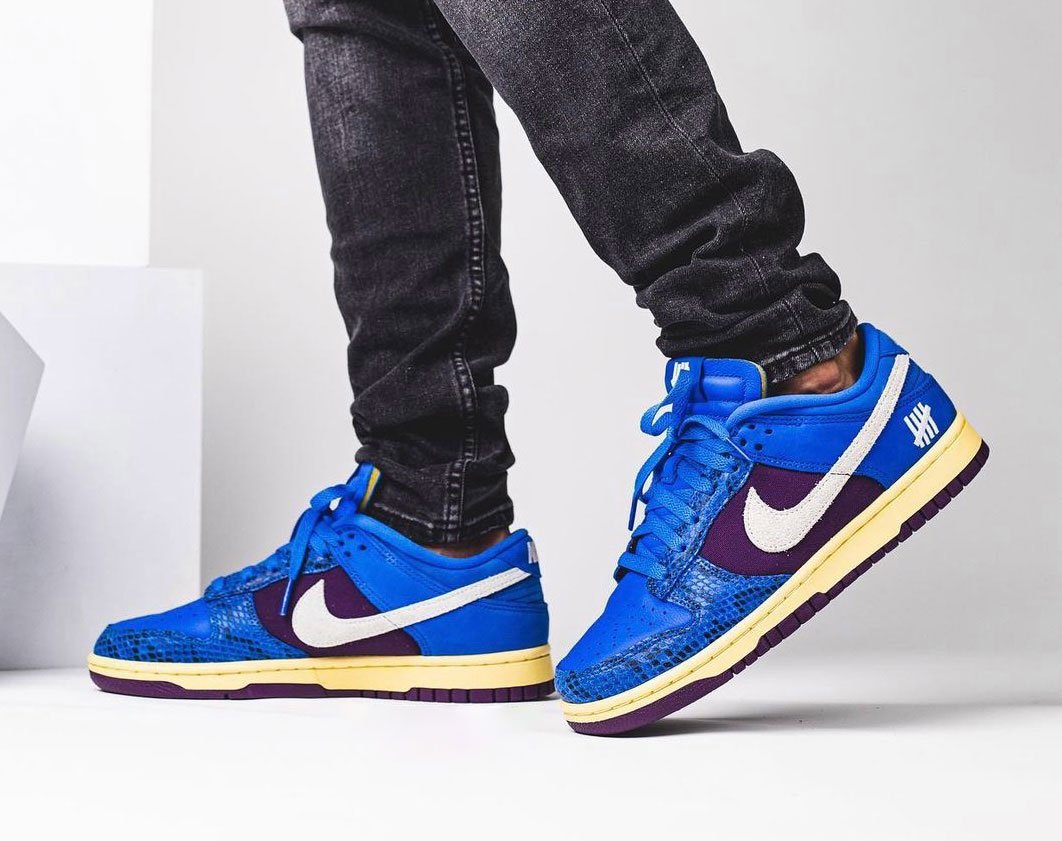 Though at times compared to the Air Force 1 “InsideOut,” the pair actually seems to be a little more original. While purple does dress the mid-panel and tread all the same, it lacks the houndstooth pattern prolific through said offering. What’s more, snakeskin is applied directly atop the eye stay and toe, giving off a feel far more premium than that of its predecessors. Yellowed soles, however, deal a vintage effect, alluding quite possibly to an older — either forgotten or archived — piece of history.