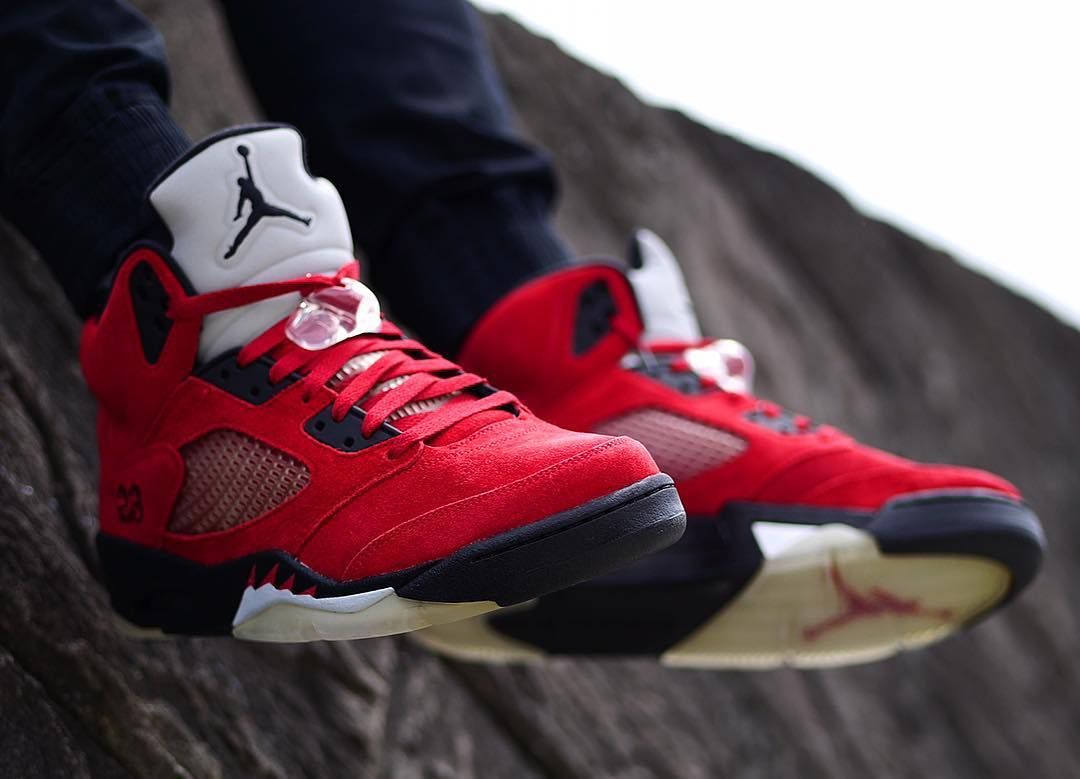 Nike isn’t taking a break. Expect the same from Jordan Brand. It’s actually challenging to keep up with all the new releases, re-issues, revisions, and colorways. The latest from Jordan Brand can’t be missed especially with its vivid red suede material.
Jordan Brand has officially introduced a new Air Jordan 5 Raging Bull. The pair actually first went public back in 2009 so it’s been over a decade. It’s only one of the pairs released as part of the DMP “Raging Bull” collection.
The Air Jordan 5 “Raging Bull” is being re-issued. The new iteration looks more modernized and fierce. The red color alone is enough to command attention. It’s been a favorite for over a decade so if you haven’t gotten the chance to get a pair, you may soon be able to.

The Air Jordan 5 Raging Bull aka “Toro Bravo” is being re-released. It boasts red suede uppers. The black eyestays are a great contrast. There’s also the translucent throats and midfoot netting. 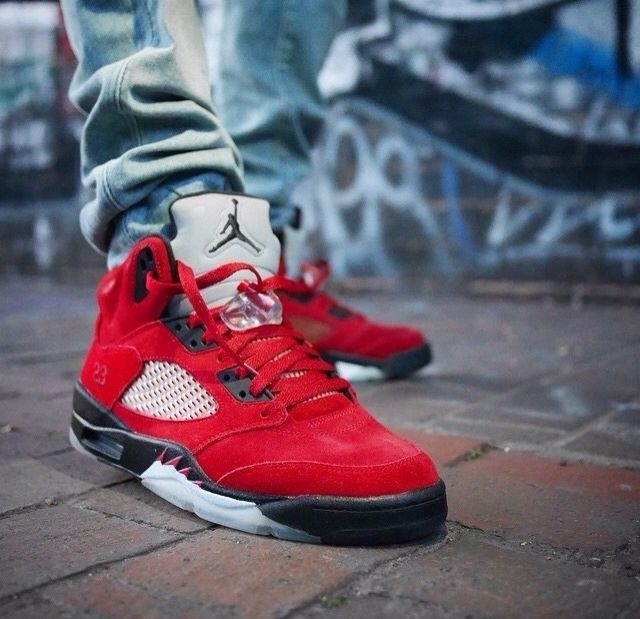 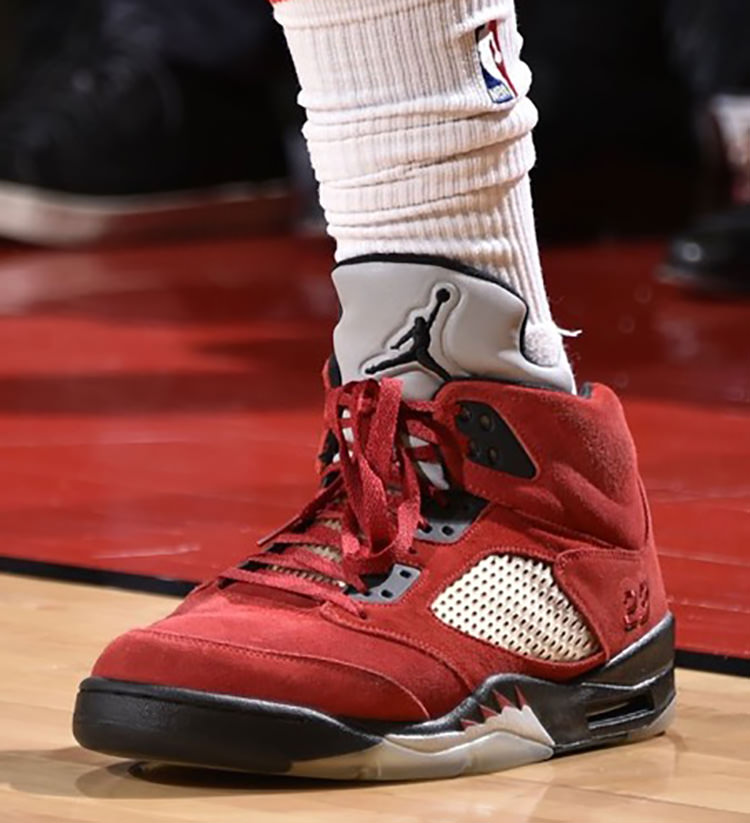 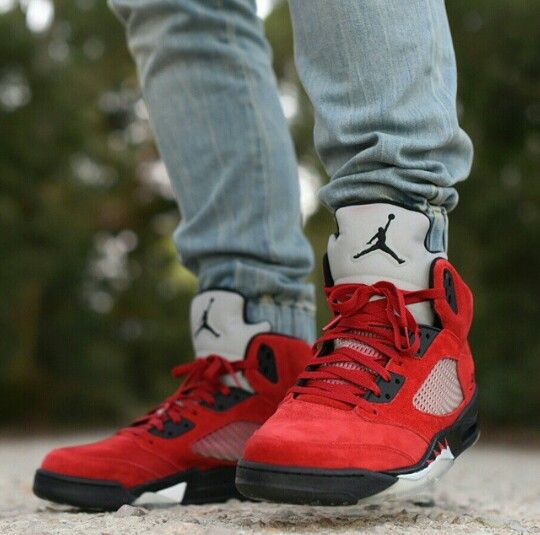 The tongue is hi-vis so it glows in the dark with the Jumpman silhoutte. The famous ’23’ number is found on the lateral heel with black trimming. On the rear, there is another black Jumpman logo on both shoes. 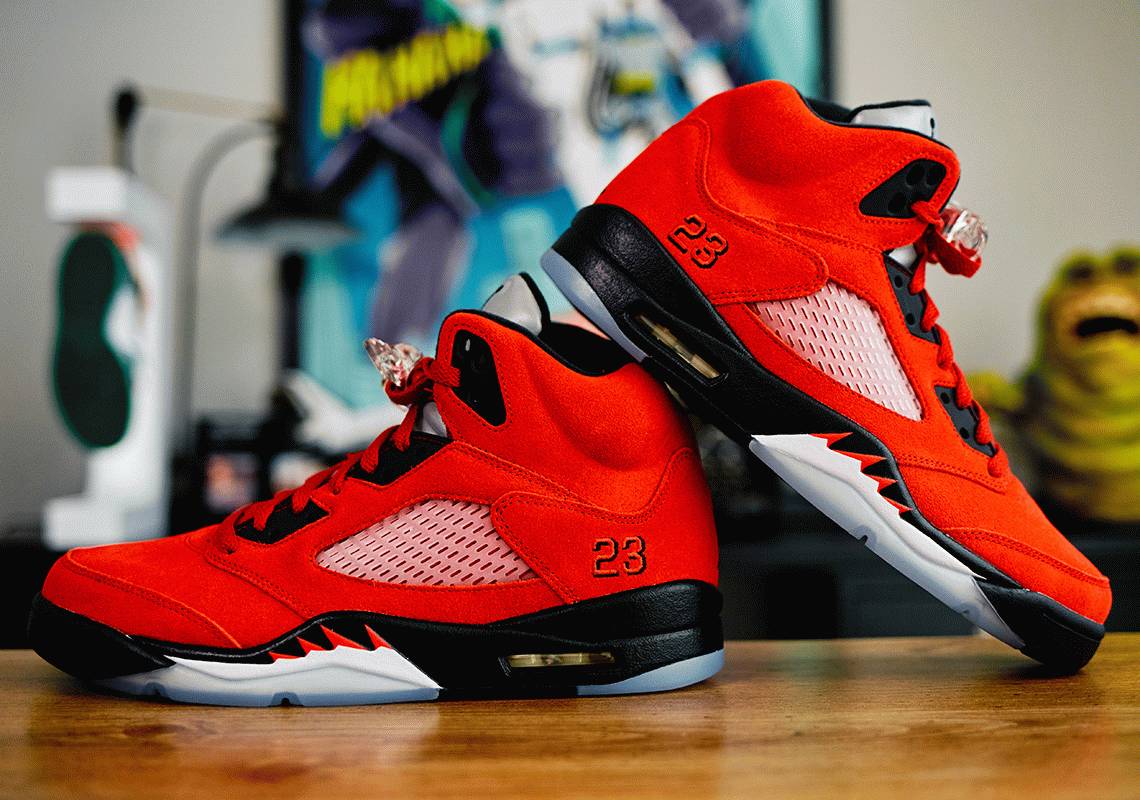 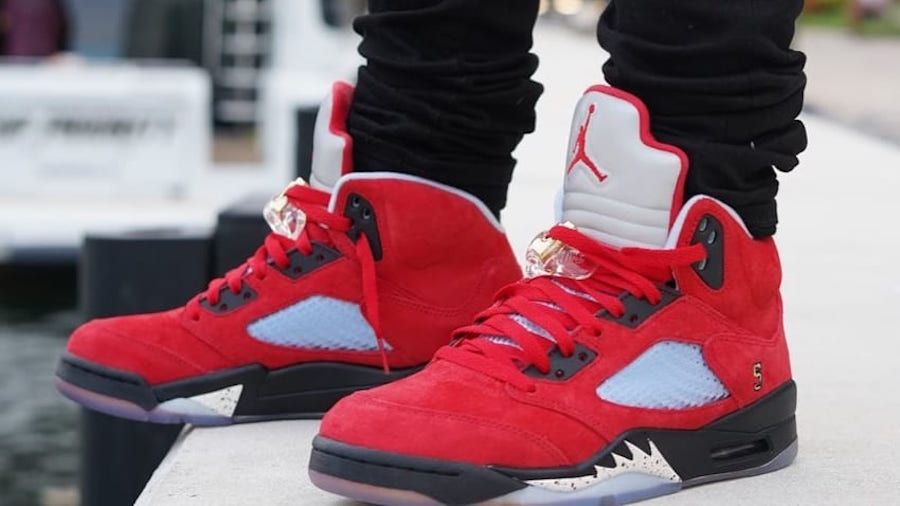 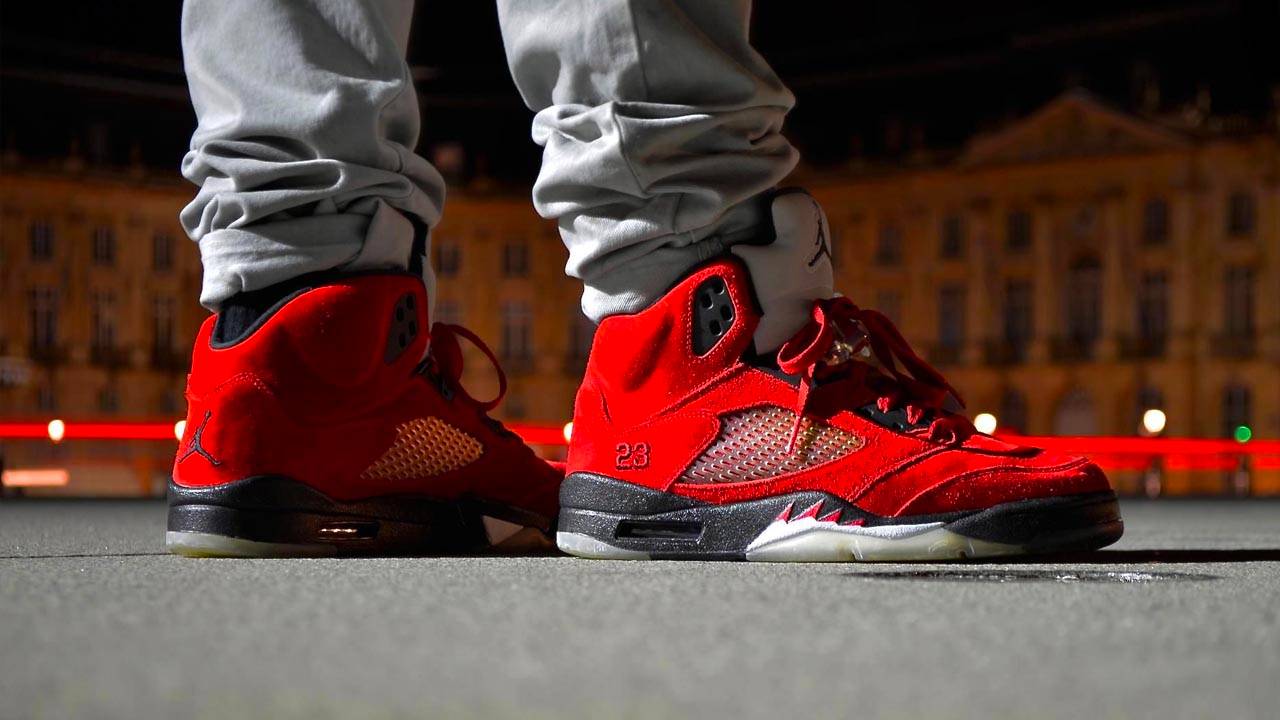 Inside the tongue, you will see a fabric Air Jordan tag. The black midsoles feature toothed white and red details for accent. Of course, the transparent Air Max unit is there on the heel. The icy blue outsoles deliver a nice and more modern touch compared to the original version. To further complete the package is a box withwood board print just like the original pair.