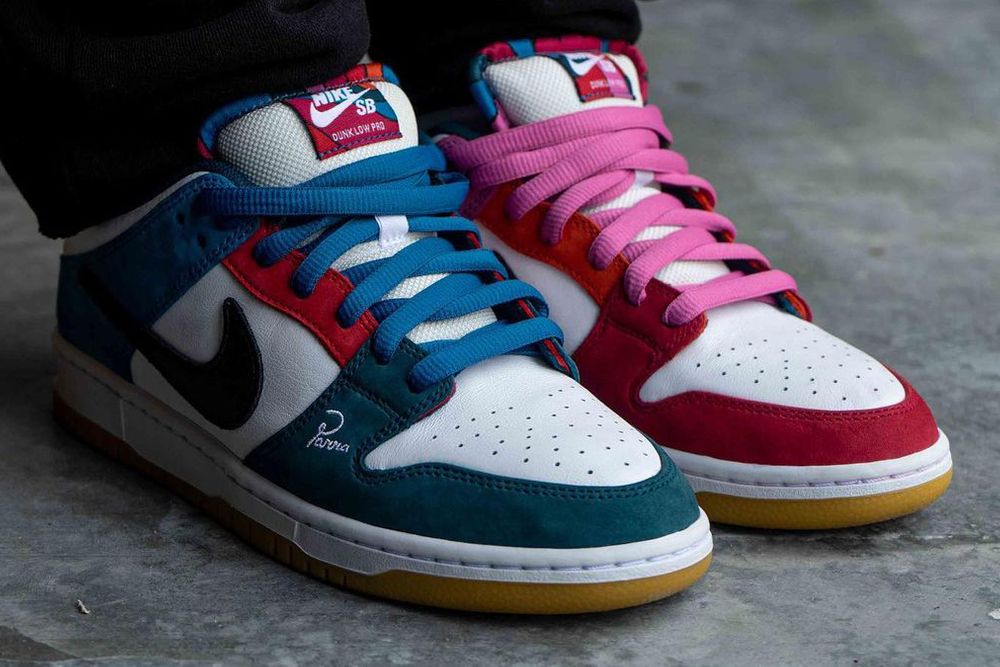 Over a decade into their collaborative relationship, Dutch artist Parra and Nike are still cranking out collaborative product — the latest piece of which is an asymmetrically-colorblocked take on Nike SB‘s SB Dunk Low, revealed by sneaker leaker YankeeKicks. Following closely in the footsteps of another SB Dunk Low (sans asymmetrical colorblocking), this new style is shrouded in mystery: at the time of writing, there’s no word on if it’s a general release or friends-and-family edition. 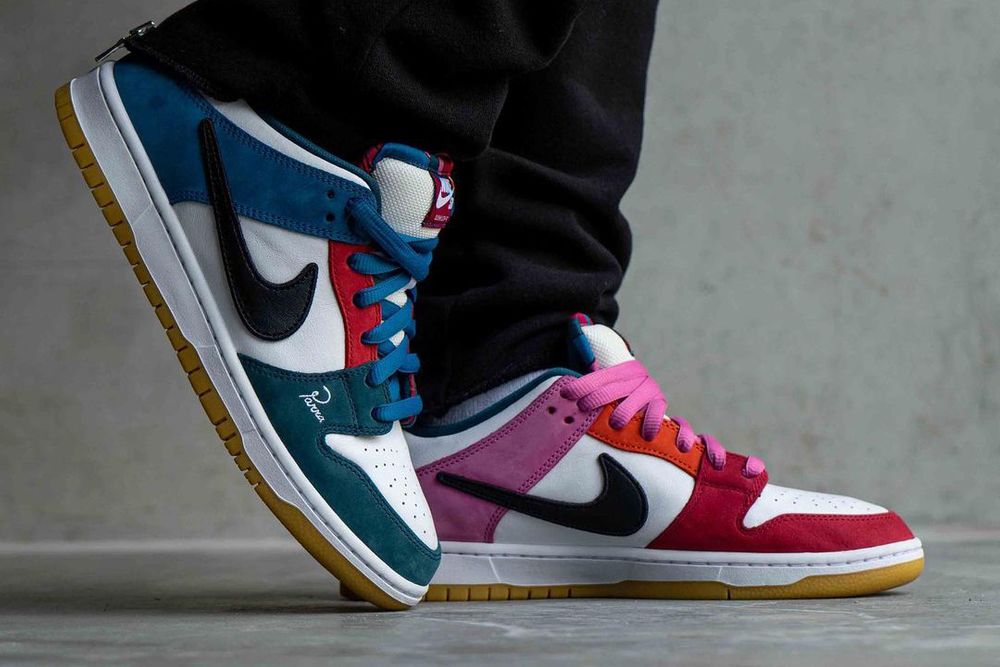 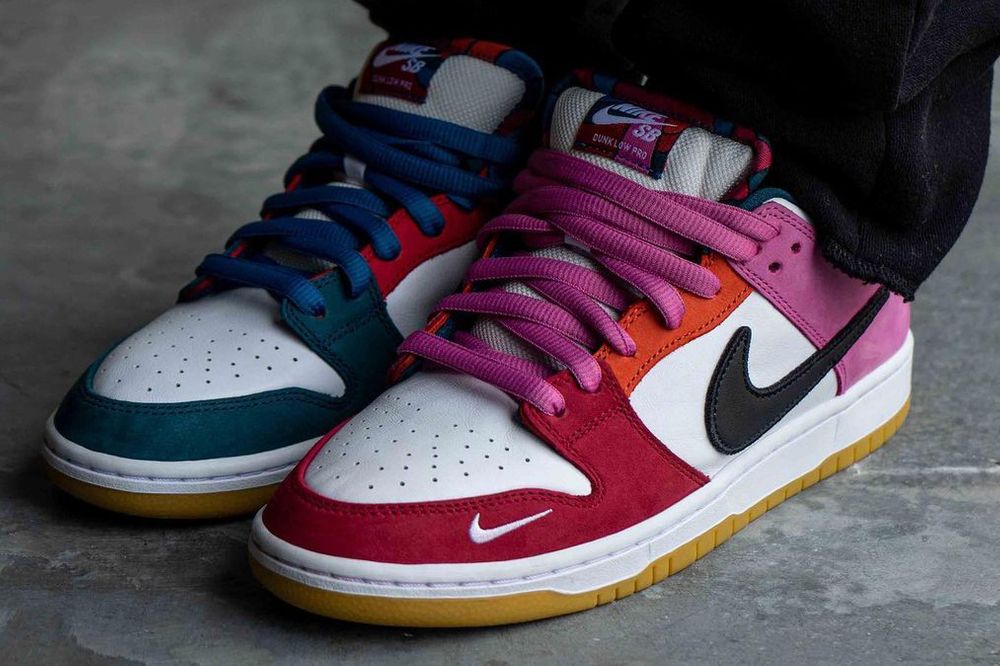 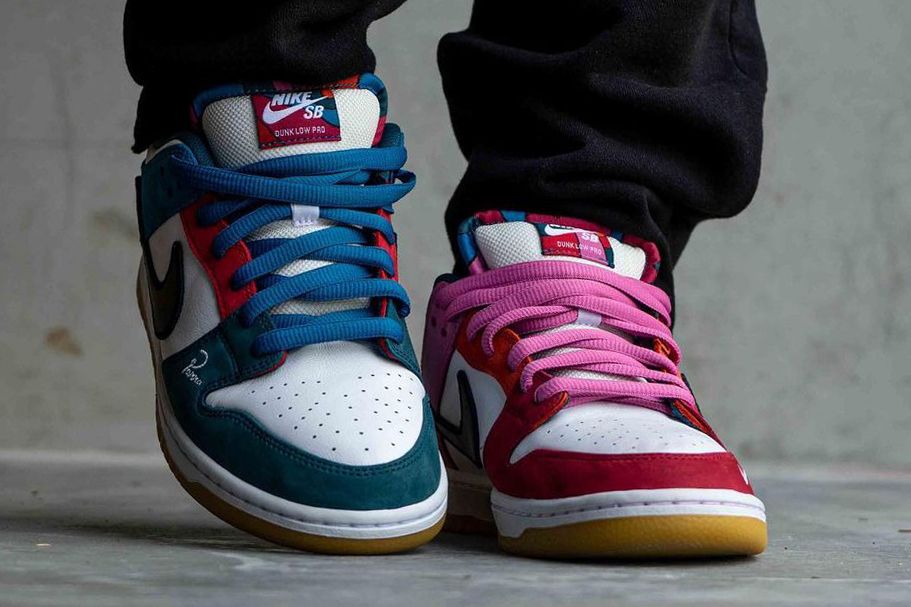 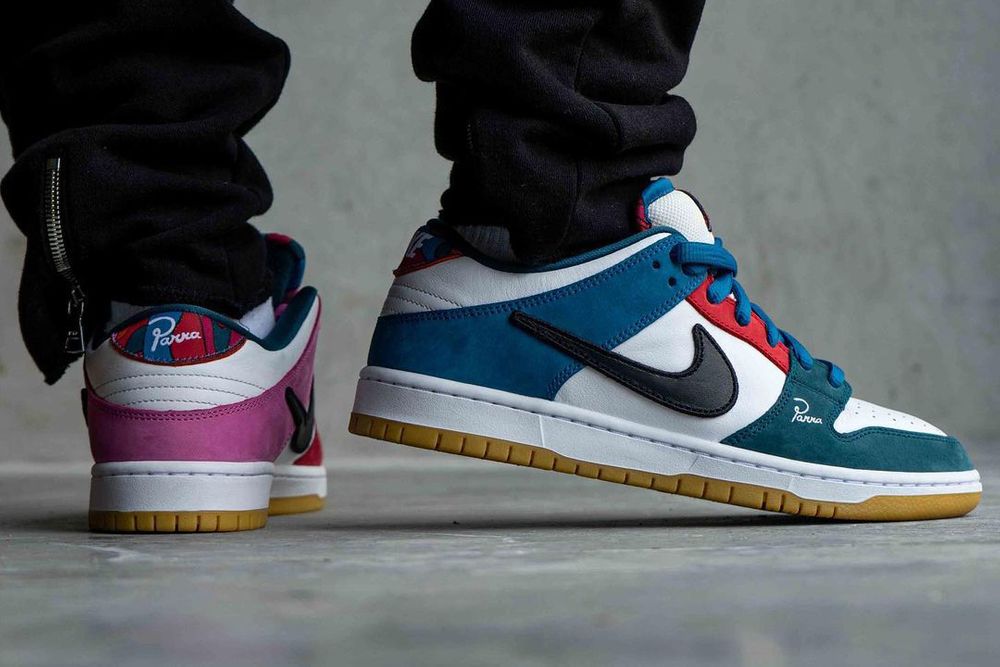 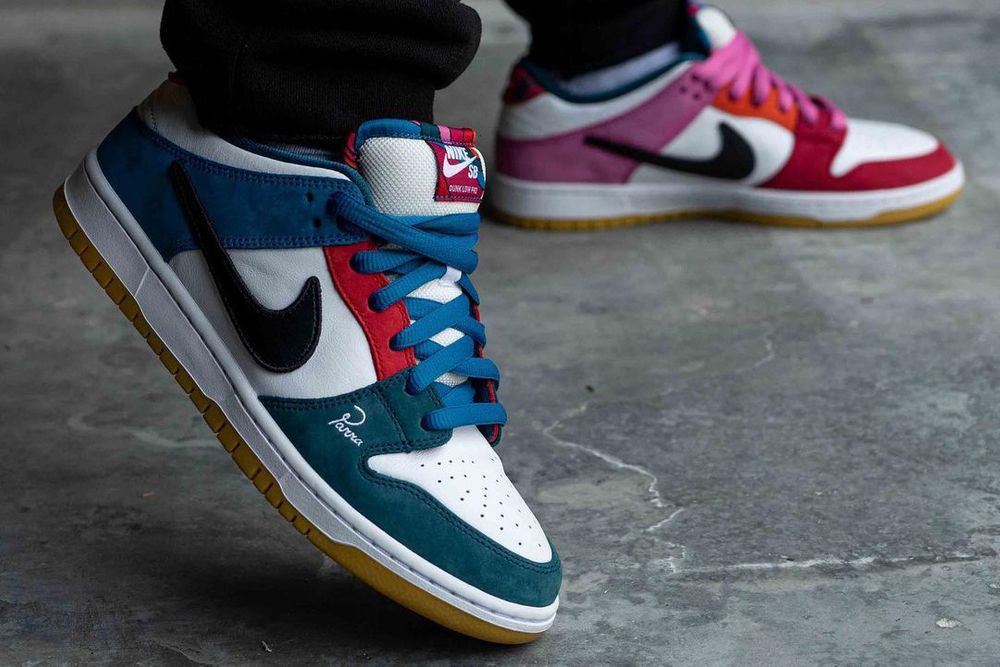 Each shoe equips white leather quarter panels, toeboxes and collars, and uses a shorter-than-usual black leather Swoosh on the midfoot. However, suede overlays differ vastly on each foot. The right shoe mixes cool blue and blue-green shades with just a dash of red, while the left shoe offers a much warmer mixture of pink, orange and red tones. Forefoot and heel branding diverges as well, with the right shoe using Parra’s script logo on the mudguard and a Nike hit on the heel while the left shoe supplies a mudguard mini Swoosh and a Parra heel hit. Both are rounded off with a printed pattern on the tongue tag and trim plus white midsoles and gum outsoles.
Elsewhere in footwear news, a detailed look at Air Jordan 1 Mid Denim has surfaced.